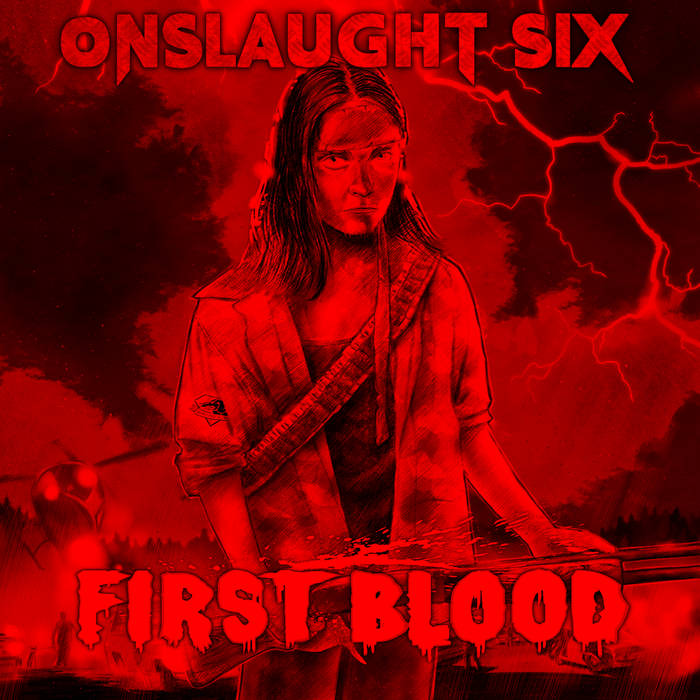 SN Something about this track is even more catchy than my long-time runner for favorite, Shredder. I think it's just that beat, the lyrics, the whole feel of the song. Favorite track: Machine Wars.

FIRST BLOOD is an 80s thrash and speed metal album based on 80s action and scifi movies. Based on films like TERMINATOR, COMMANDO, FIRST BLOOD, RAMBO: FIRST BLOOD PART 2, ALIENS, BLADE RUNNER and other great movies, each song is a journey into the world of that particular film.

I grew up watching films like these, taped onto VHS tapes from television or movie channels, with terrible video and awful sound. And yet, in the age of Blu-Ray remastering and CGI special effects, there's something quaint, down to earth and gratifying about film in this time period. Something that moves beyond simple films. A time period where men were men, women were women, explosions were Goddamned fucking everywhere and everything was scored by some guys with a Moog synthesizer in their garage.

Check out the music video for One Man Army here:
www.youtube.com/watch?v=iI3eltYdtEM

Dedicated to all the great filmmakers and actors of the 1980s through today.