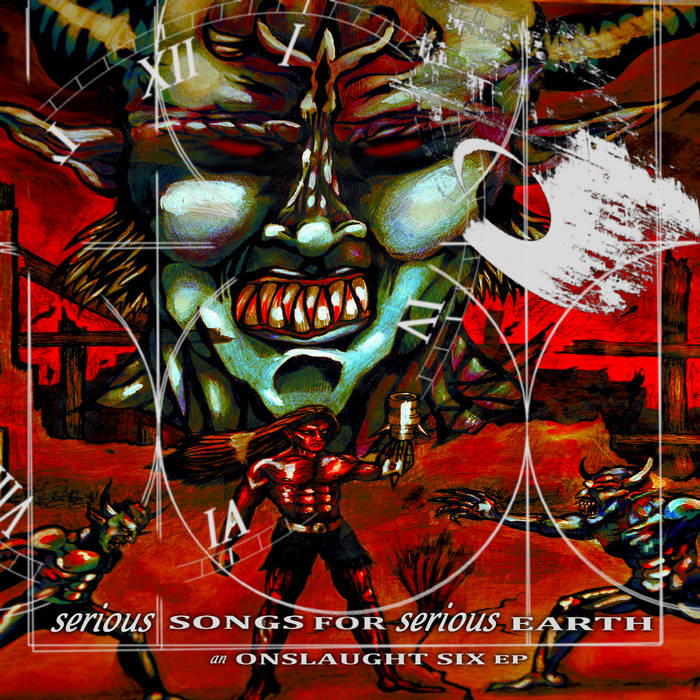 Ramzes XIII Short and sweet EP with 6 really kickass heavy, thrashy songs done by one pissed off dude and his friends. "America" makes you want to go punch some mooks in arcade beat\em up, while "Gravedigger" sounds like a b-side from one of those utterly forgotten 80's thrash metal bands. Overall a great package of raw passion and fury condensed into heavy metal EP. Favorite track: Gravedigger.

Serious Songs For Serious Earth was intended to be the original follow-up album to Lamda Ecks, and I started writing it in conjunction with the 'Bleedthrough' EP (which later became Termina) with the intent to release them simultaneously. Serious Songs fell by the wayside when a few of the songs didn't come together so well.

While some of the ideas in it evolved into FIRST BLOOD, several of the tracks got cut when that album's focus shifted towards tributes to action and scifi films. I didn't want those to go to waste, so I took the songs, polished them up real good, and asked for some help along the way. Now I present to you, Serious Songs For Serious Earth: An Onslaught Six EP.